Now On The Tee blogger, Matt Bosela, has yet another great post on one of his trips to Sagebrush Golf and Sporting Club last year. Matt has taken some great photos of the course before and here are some more. 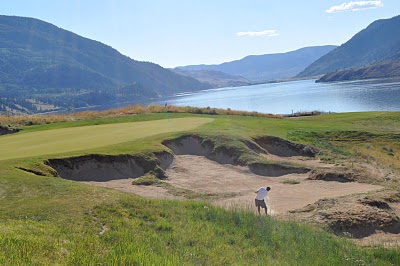 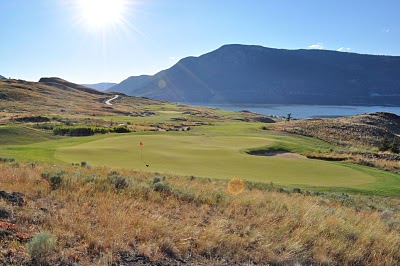 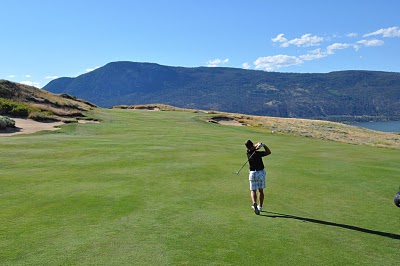 
Below are pictures of Matt's group playing the second hole at Sagebrush. In the first picture you can see that his playing partner's approach shot has a very challenging angle and that he must carry the ball to most pin positions. In the lower picture, Matt must have hit the ball into the right side of the landing area's valley and got the better kick and better angle for his approach shot. The shot from there can be played on the ground or in the air. If the pin is anywhere on the back or left side of the green, then the ideal approach is from even further right than where Matt's ball ended up after rolling out 60 or 70 yards. 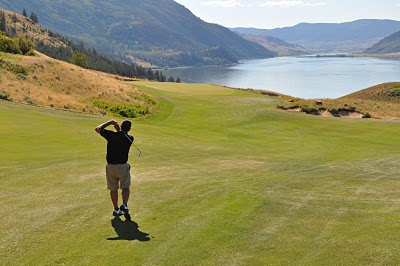 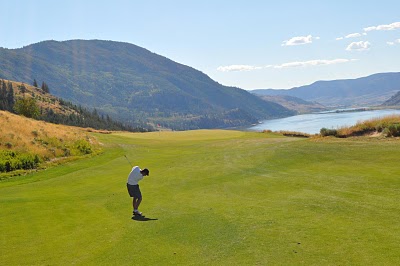 More great Sagebrush posts from Now On The Tee

Now On The Tee- Sagebrush part 1

Mow On The Tee- Sagebrush part 2
Posted by Armen Suny at 12:17 PM No comments: 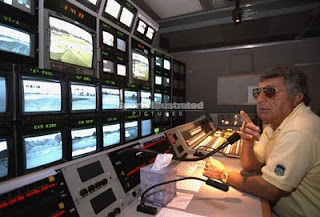 Anybody that ever spent any time with Frank Chirkinian came away with one thought...he was special. Special in a sense in that the word "icon" which, is used all too frequently these days, seems totally inadequate in describing what Frank Chirkinian was; he was a giant in the golf and TV industry. He passed away yesterday. His brilliance and his acerbic wit and cutting remarks, all offered with blunt honestly, will be missed by many. Each week when you see a scoreboard on TV, think of Frank; he was the one that gave us scoring as a plus or minus against par. Up until that point, golf was scored solely by gross score, pretty tough to understand what was going on while golfers were still on the course. The TV camera in the blimp, yes, that was Frank too.

Many in the golf business got to know Frank through his role at CBS and were aware of his creative intellect and vision. My relationship with Frank was different. Frank was an Armenian from Philly, as I am, knew my Father and Mother well and grew up with my Aunts, Uncles, and other assorted relatives before he became the TV broadcast pioneer.

For six years beginning in 1986, I spent a week with Frank at Castle Pines, where I was the Golf Course Superintendent for the "International" PGA Tour event. My wife and I always looked forward to that week and especially for the chance to get together with Frank for dinner and some lively discourse. During the broadcast of one of the tournaments, I received what may be the record for most "on air pops" (mentions during the broadcast) for a Superintendent during a PGA tournament. The course played pretty well and the greens were regarded as some of the best, but I always felt that Frank was taking care of me. Underneath his crusty exterior there was this huge heart.

Looking back at those years and being able to spend time with and observe Frank, his intensity, intellect, and genius reminds me just how fortunate I was in knowing Frank.

And just one last thought- What would the PGA Tour have been like if they had hired Frank Chirkinian as Commissioner?
Posted by Armen Suny at 10:02 AM No comments: