More from The Presidio Golf Course 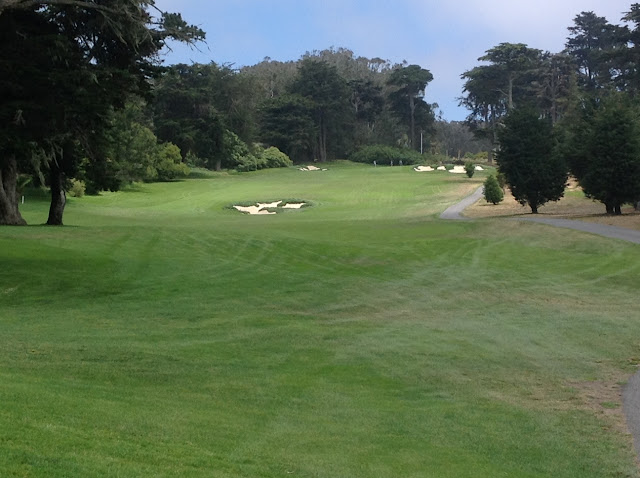 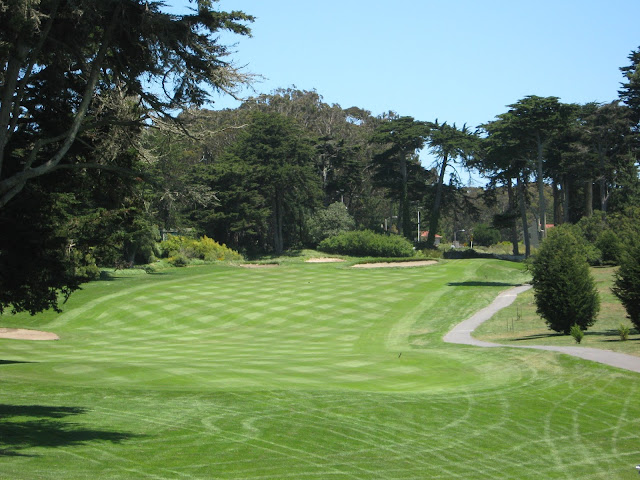 Posted by Armen Suny at 9:11 AM No comments:

The 13th hole at the Presidio faced a significant challenge until Mother Nature intervened. A beautiful Coastal Live Oak had grown over the years and was blocking the view of hole. Eventually, gravity and heavy rains toppled the tree and enabled the renovation of this wonderful hole to be completed. 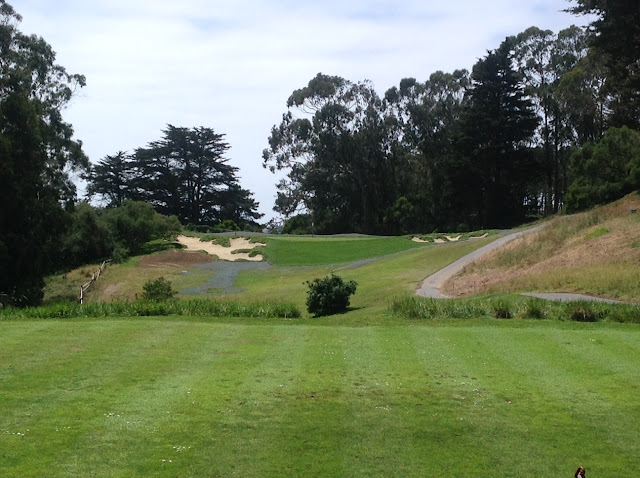 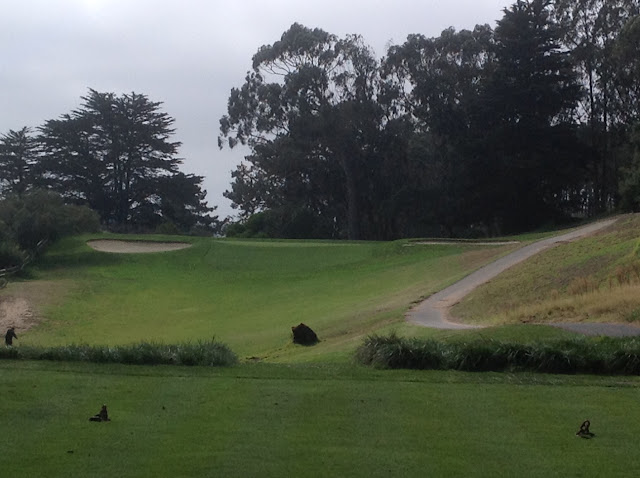 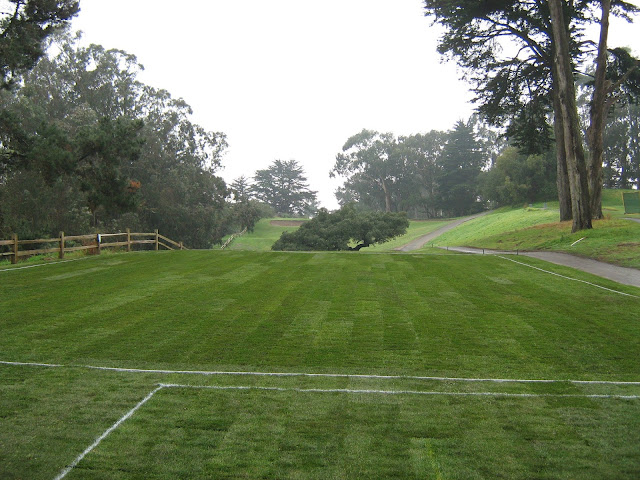 The team of Superintendent, Brian Nettz, General Manager, Don Chelemedos, and contractor Kaminski Golf Construction, once again, did some tremendous renovation work. The bunker changes are plainly evident but take a look at the ridge in back of the green and the subtle movement that was added. Prior to the renovation, it was one of those, all too common, Northern California, overtly uniform dike-like earth forms.

More pictures of the renovation to come!

Posted by Armen Suny at 6:48 PM No comments: Would you risk being ridiculed to play better golf?
Richard Zokol did.
On our latest Swing Thoughts podcast, Zokol talks about taking a risk that not only propelled him into the lead of a PGA Tour event, but also helped him to learn how to use his mind to play better golf.
On Episode Eight of ST, the Canadian Golf Hall of Famer tells engaging stories about his 20-year adventure on the PGA Tour and shares great insights that can help you play better golf.
The native of White Rock, British Columbia was a rookie on the tour in 1982, but by July he had still failed to make a cut. “I was climbing the walls with frustration because I wasn’t able to perform,” he said. “I was playing well but my thoughts were getting me ahead of me.”
At the Western Open in Chicago, he bought a Walkman, which for you younger folks was a portable cassette tape player and radio that fit on your belt that you listened to with headphones.
He was sure that listening to music while playing might help him stay calm, but the idea of wearing headphones during a PGA Tour event was “radical. I thought, What if I shoot 80?”
He “chickened out” in Chicago and didn’t wear the headphones. He missed yet another cut and kicked himself for failing to take the risk.
Feeling extremely nervous, Zokol teed off in the first round in Milwaukee on the 10th tee at 7:30 a.m. “with no one around.” He let partners Ronnie Black and Larry Rinker get ahead of him, unzipped his golf bag and put the headphones on. The Eagles were playing; he thinks the song was Hotel California, which features the perfectly ominous line for the risk he was taking: “This could be heaven or this could be hell.”
Coming down his 18th hole, he was seven-under par and leading the tournament. He could tell his headphones were generating some excitement because of all the photographers snapping his picture, yet he felt calm. “I was in my own little world.”
Zokol was chill but the PGA Tour was alarmed. Tour officials phoned the United States Golf Association for a ruling and learned that it was legal to wear headphones if the player was listening to music.
He shot 69 and 70 in the second and third rounds, and came down the stretch Sunday in the lead with four shots to play. Alas, the 23-year-old rookie became overwhelmed when he thought about winning and he made double-bogey and bogey to finish T5.
Regardless, Zokol’s bold move paid off. He gave himself a chance to win, and the media excitedly told the story, christening him Disco Dick and vaulting him into the limelight.
More importantly, he became more competitive. “I wore headphones on tour for a year before I stopped. I needed to learn how to control my thoughts without listening to music. I didn’t want to be dependent on the distraction that the Walkman provided,” said Zokol who won two PGA Tour events in 1992, including the Milwaukee Open.
Zokol said the Walkman experiment launched him on a journey of self-discovery, working with mental coaches, learning how to meditate and developing skills in the mental game, which remains a passion since his retirement from the tour. He now works as Golf and Real Estate Specialist at Predator Ridge Resort in Vernon, British Columbia.
“I discovered just how much psychology is involved in the game,” said Zokol, who is working on bringing a technology product to market to help players to evaluate their decision-making and execution.
“What most golfers don’t realize is that the best golf equipment they can ever have is their mind. But not too many people realize this premise.”

Suny Turns the Tables on the Turfgrass Zealot, Dave Wilber

If you want to learn more about the Turfgrass Zealot, Dave Wilber, listen to his show but with a twist; I'll be interviewing Dave. You'll learn more about Dave as a person and as one of the preeminent eco-ag turf consultants. Many of today's turf soil and fertility concepts and products are based on Dave's efforts in consulting and educating Superintendents. Listen here:

Posted by Armen Suny at 6:24 PM No comments: